The CTL series is an incredibly strong structure. All the CTL systems have been tested and are approved for H-20 loading. The CTL series will withstand the rigors of back filling and landscaping due to the high quality of parts that are used, which give it its integral strength.

(Effective Leaching Area) Due to our high rating numbers, the reduction in the system size will make the CUR-TECH system a more cost effective alternative to conventional systems. The area saved can be utilized for things such as pools, patios, house expansions, etc. The CTL series greatly exceeds the ELA of a conventional system. It allows a larger square foot count for a septic system in a smaller property area. Expansion areas and primary systems will now likely fit in the same footprint area that a conventional primary system would occupy.

When using the CTL series it eliminates crushed stone from the system. Crushed stone is a major source of silt, which dramatically shortens the life of a septic system. 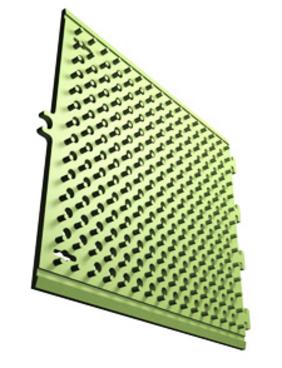 The CUR-TECH CTL series have the following advantages:

Cur-tech CTL series systems are one product in a line of products designed to increase the effective areas of subsurface waste water systems. The CTL system is composed of a 4 foot wide 8 foot long concrete body of various heights along with an A.B.S. plastic fin structure placed along its sides. The plastic fin structure and the concrete body are specifically designed to fit together. This creates an incredibly strong and effective septic system. The CTL system is designed to provide a greater contact area between the effluent and soil interface.​​

The CTL series has one of the highest liquid retention capacities of any system, which is currently available. With today's house hold waste usage, it is extremely important to assure that the effluent is contained underground and allowed time to percolate into the soil. The CTL series adds holding capacity and greatly enhance its absorption area. The CTL series allows a larger bedroom count per house or a higher output in gallons per day. 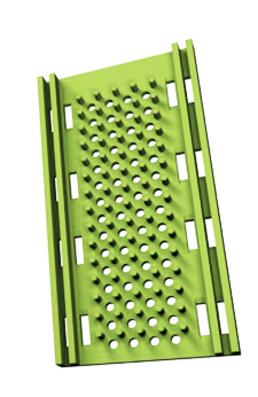 The CUR-TECH system is a product that can be purchased by anyone and installed according to their own schedule. A big advantage over other proprietary systems. Click here to go to the installation instructions where you can see the simplicity of the installation. The installation pictures show an actual six bedroom installation that took less than four hours to complete.

Large savings can be achieved for the following reasons: